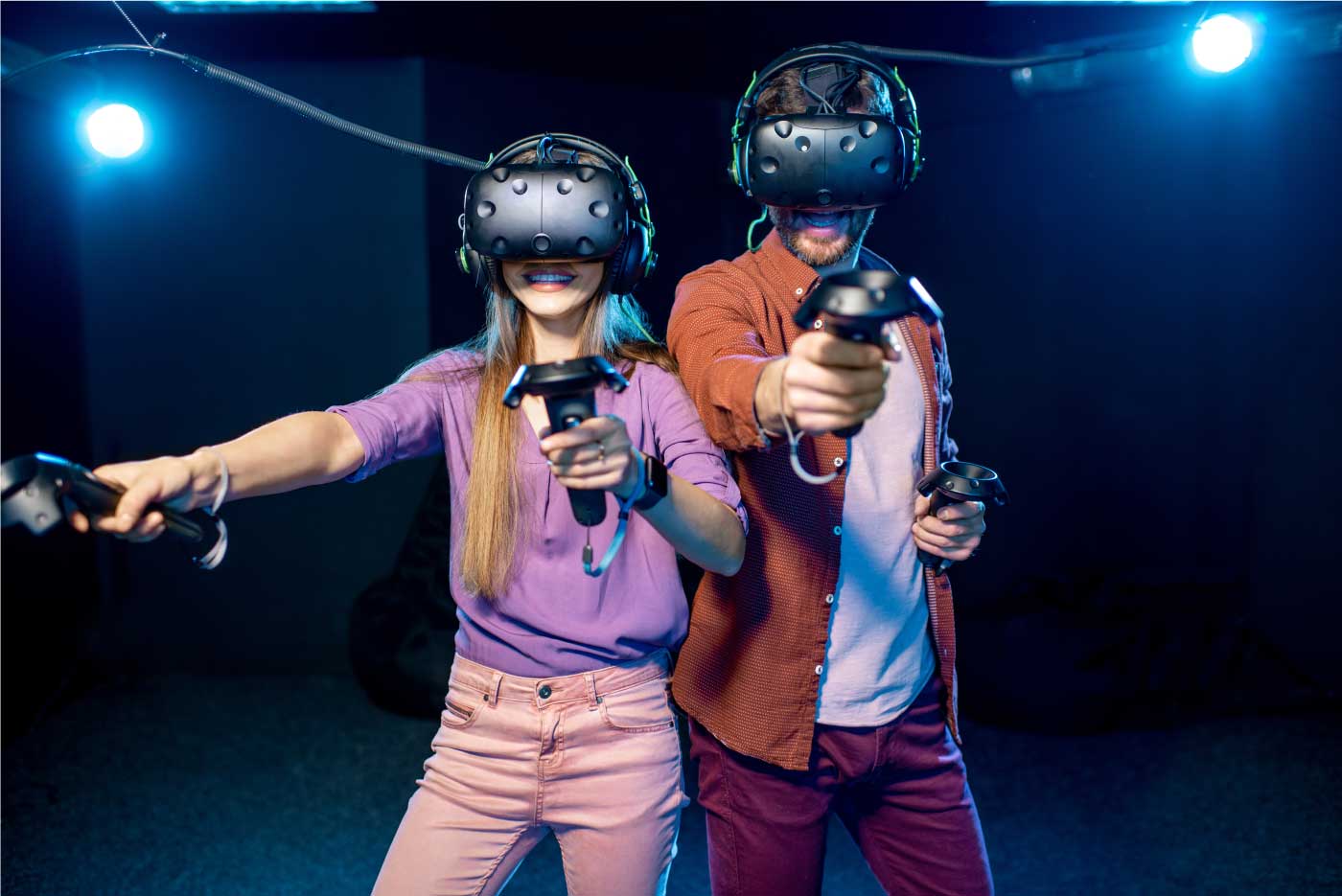 Comparing different VR devices has become harder in recent years. Even though devices get more similar in many regards, they get harder to compare in other areas. In an attempt to reflect the nuances, you are flooded with technical details such as FoV (field of view) and DoF (degrees of freedom). It's easy to get lost and consider things irrelevant, even though they actually matter a lot.

In this article, we want to explain the differences between 3 DoF and 6 DoF devices, as this information is crucial. If you are considering buying a 3 DoF head mounted display (commonly referred to as "VR headset") such as Pico G2 or Oculus Go, better check this guide to make an educated decision.

So that you don't end up like this user from our Discord community:

Commonly referred to as "VR headsets", we will be using the more accurate term "head mounted display", or HMD for short. This will also make the distinction  between 360° content and immersive virtual reality (VR) clearer, as both content can be consumed on HMDs.

DoF stands for "degrees of freedom". Even though those degrees of freedom could be anything, in the context of HMDs they are pretty standardized. 3 DoF refers to the 3 rotational axis, which allow turning left/right, looking up/down, and tilting the view. 6 DoF include additionally 3 translational degrees, which allow moving to the left/right, forwards/backwards, and upwards/downwards.

360° content can be either 360° images or 360° videos. The difference with regular video is that they capture the whole spherical view, allowing the user to freely decide at which direction to look. Since they are recorded from a fixed position, the viewer cannot change the translation, meaning the content can only adjust to rotation. This limited movement is equivalent to what 3 DoF HMDs offer.

360° content can be enriched by interactions, in which the term "interactive 360° content" is used. However, possible interactions are very limited, as the user cannot move their head or hands in the virtual space - just a viewpoint fixed in space and some kind of pointer for interaction. - just like interactive videos are less engaging than PC games.

There is a debate going on, even  among experts, if 360° content is to be considered VR content. Since we are not going to solve this debate here, we will use the term "immersive VR" to explicitly exclude 360° content. Immersive VR content is usually a simulated 3D world which allows to render imagery at every position and orientation, which means it supports all 6 degrees of freedom.

The big difference of these additional 3 degrees of freedom is that the user is fully immersed, compared to being just an observer.

In most cases, this content is also interactive by design.

Advantages and limitations of 3 DoF devices

All 6 DoF HMDs are perfectly capable of also delivering 360° content, so why even bother with less degrees of freedom? Well, those additional 3 degrees of freedom are pricey. Positional tracking has to be very accurate and it's a non-trivial technical challenge.

The HMD either has to calculate its own position by fixed location markers, such as with HTC's lighthouses, or use computer vision algorithms to do so from integrated cameras. The second approach is the most commonly used over the last years and is called "inside-out tracking". Even though these systems got better and cheaper, you can still save a lot of money by ditching them.

With the decision to only support 3 degrees of freedom, you also limit the content to 360° content by design. (Sidenote: You can still play some immersive VR content but you will get motion sick, among other things)

3 DoF devices and their accessories (e.g. controllers) are often further optimized for consumption of 360° and are therefore better suited for this specific job. For instance, the Pico G2 offers 4K resolution and a large field of view while keeping the device itself slim and lightweight, making it great for watching 360° videos. It comes with only one simple controller which is not sufficient for immersive VR but very much capable of selecting the next video to play.

The huge disadvantage of 3 DoF devices is that they are not well suited for immersive content. You will not be able to interact as seamlessly with the virtual environment if at all. Instead of having both hands tracked (with hand tracking or 6 DoF controllers) and picking things up and throwing them around, you are limited to pointing at objects with your laser pointer. When moving your head around, it will feel like your head is stuck in the virtual world as your sideways movement can't be tracked.

This not only reduces the immersion and joy of use, it also quickly causes motion sickness and will make longer VR sessions unbearable.

The overall trend for 3 DoF devices seems to be declining. For instance, Oculus discontinued the Oculus Go in 2020 [2] and no other major player has produced 3 DoF devices ever since, apart from Pico with their G2.

There are very affordable options though from less renowned brands, which mostly originate from China.

The hardware trend also drives the development of software and software platforms. This means that 3 DoF could be a dead end and you might regret it to now spend money on a 3 DoF device to later see that more exciting content is not available to you.

When discussing 3 DoF HMDs, we should also mention smartphone based HMDs. Those are accessories into which you can insert your smartphone, which acts as the display device. Early versions of this approach were Google Cardboard, which led to Google Daydream, and Zeiss VR One. In 2019, Google discontinued Daydream [1]. Other companies still give this approach a shot, including Samsung with Gear VR for their smartphones and Nintendo with Labo VR.

In this context we would also like to mention the Vive Flow.

It is designed to consume content like other professional 3 DoF devices, but it still supports 6 DoF. Note however that it does not have any controllers and uses your smartphone as a 3 DoF controller instead. This might be an option for you if your main use case is 360° content consumption but you want to avoid motion sickness when entering a virtual 3D environment. Just like all Vive devices, it is a premium device but much cheaper than other devices from HTC.

If you are aiming for consuming only 360° content with your HMD, 3 DoF devices offer a cheap and more tailored solution. They can provide equal or even better video quality than higher priced 6 DoF HMDs.

But if you want to experience truly immersive VR content, you need 6 degrees of freedom, allowing you to move around in virtual worlds. Besides, 6 DoF also might be the more future proof bet.