How to optimize collaboration in VR 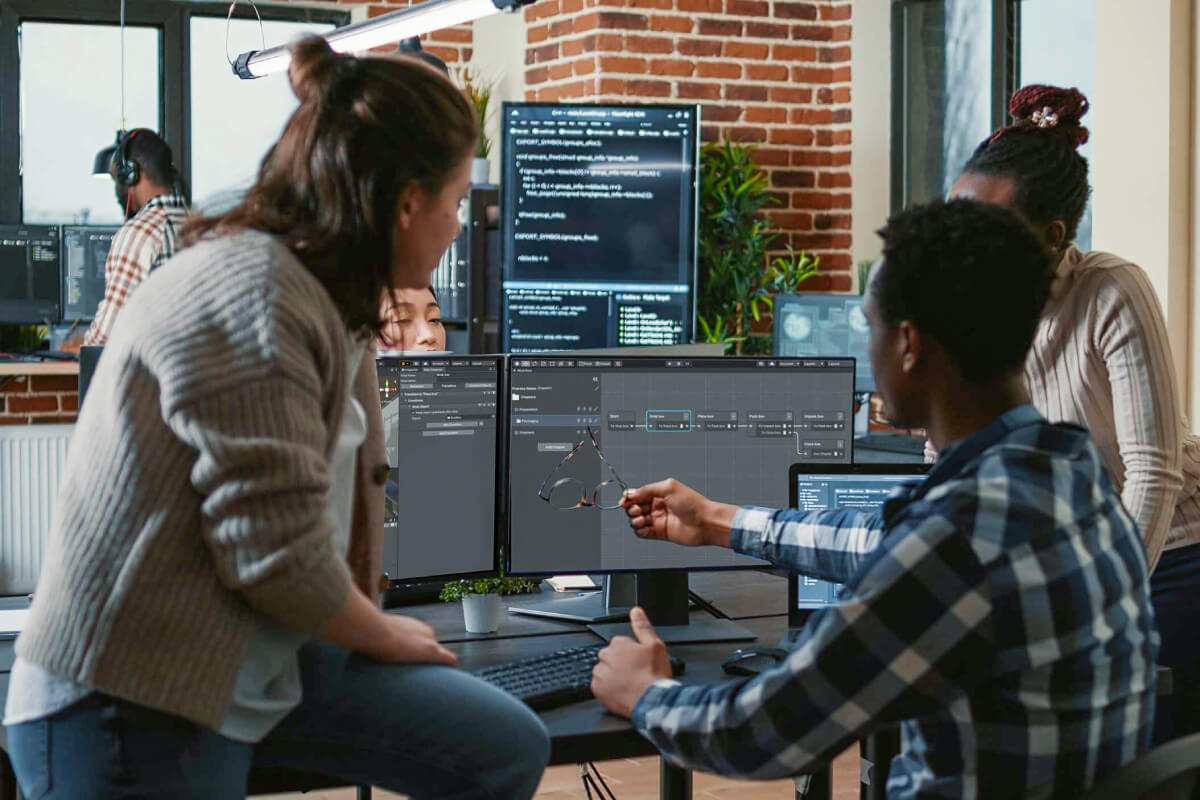 How to optimize collaboration in VR

Why collaboration in VR content creation is so difficult

Collaboration is crucial in many aspects of life. This is also true for virtual reality content creation, which often requires different teams and experts to work together. However, despite the importance of successful collaboration, teams regularly encounter difficulties when working together on VR projects, such as developing VR training applications. These difficulties are often caused by the fact that communication takes place at different levels, making it difficult for developers and non-developers to understand each other. This makes it all the more important to have a tool that enables interdisciplinary teams to understand each other better and reduce friction within the teams.

To illustrate the difficulty of communicating on multiple levels, I will use a simplified example of creating a VR training application. Let's say there is an automotive manufacturer that has previously only produced cars with internal combustion engines. Now that the automotive industry is becoming increasingly electrified, the management wants to change its production line to manufacture electric cars. However, this requires their employees to acquire completely new skills and knowledge. For this reason, the company hires a digital agency to develop a VR application to train its workforce on how to use the new technologies for assembling electric cars.

Creating this VR training application requires the input and expertise of multiple experts:

Many more stakeholders from both companies might be involved in the development process. Nevertheless, this example is just to illustrate the complexity of developing this VR training application and that this behemoth project requires multi-layered communication between the different teams and departments. It is therefore not surprising that this constellation offers great potential for friction, headaches and frustration among teams.

As the above example makes clear, we need a tool that promotes mutual understanding and reduces friction between interdisciplinary teams. Fortunately, there is a tool that can eliminate this bottleneck: VR Builder. VR Builder is great for collaborative VR content creation because it facilitates communication between developers and non-developers, like 3D artists, trainers and project managers.

This process can be even more complicated in a real scenario than what we described here. Still, this example gives a good understanding of how development teams can benefit from VR Builder - because by facilitating communication between developers and non-developers, VR Builder promotes collaboration in VR content creation.