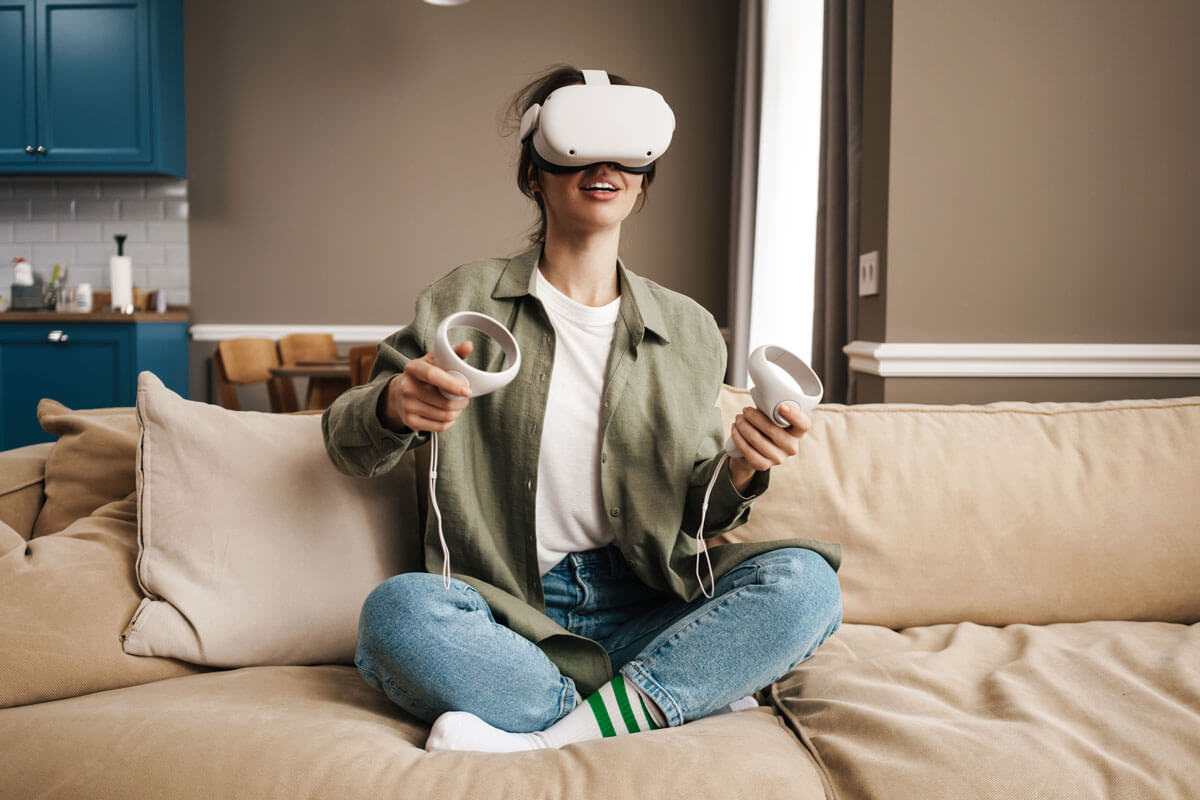 Goal of the partnership between MindPort and Interhaptics

Last August, MindPort and Interhaptics teamed up to help VR Unity developers create better VR content by adding advanced hand tracking and haptics capabilities to VR Builder. Together, we developed an integration which not only combines the strengths of both solutions but generates synergetic effects:

As a result, VR Unity developers can save an incredible amount of development time while benefiting from more realistic and advanced haptic interactions.

With the integration of Interhaptics’ VR Interaction Essentials with VR Builder, we empower our users to create even better VR content. Haptics increase the immersion for users in VR, leading to greater effectiveness and a more joyful experience. We are looking forward to further expanding our collaboration with Interhaptics! - David Lähner, Founder and CEO at MindPort

Why realistic haptic design is important for VR content creation

The power of VR lies in its ability to fully immerse the user, providing a more holistic and memorable experience. The degree of realism for hand interaction is therefore extremely important in a haptic immersive experience. It blurs the line between virtual and real and immerses the user even deeper. Haptics refers to the perception of objects through the sense of touch to convey meaning through physical contact. It is particularly involved in non-verbal communication.

The integration for Unity allows VR developers to create simple or compound interactions. It is also possible to limit interactions to a specific body part, such as the right hand or the left index finger.

VR Unity developers can create great haptic interactions like this:

By integrating Interhaptics’ VR Interaction Essentials, we want VR Builder to become a game changer for hand tracking based VR and Haptics. With Mindport’s collaboration we want to make developers’ lives much easier by providing them more precise interaction tools. We are glad to work as one with Mindport on this project. Looking forward to the next steps of this partnership. - Eric Vezzoli, Founder and CEO at Interhaptics

Key features of the Integration package

Work in a familiar environment with enhanced features

VR Unity developers can continue to work with VR Builder without having to switch between different applications. The direct integration of Interhaptics Interaction Builder with VR Builder makes this possible. In addition, the integration provides enhanced features in VR Builder, such as advanced haptics and hand tracking capabilities that are very easy to use. These also come with improved support.

The integration of VR Builder and the Interaction Builder from Interhaptics makes it possible to precisely define haptic feedback in virtual reality. Using more complex interactions is now much easier, such as pulling a lever or opening a valve. Additionally, interactions can be provided with haptic feedback, which enables users to interact with an object, such as a lever, in a more realistic way.

Intuitively guide users in VR with ghost highlighting for hands

A common problem for VR users is to properly interact with objects that are affected by physical virtual constraints. Our integration provides the solution to this inconvenience. Whenever the hands move too far away from the virtual object, a visual copy of the real position of the hands appears. This shows users where their actual hands are in comparison to the required position in VR. This gives users clear guidance on where to place their hands in virtual reality. This works when you grasp an object with one or both hands. It is also possible to force interaction with certain parts of the body, e.g. the right index finger.

Instantly create textures for haptic feedback with the Haptic Composer

Haptic Composer is a graphical tool that lets you create haptics in minutes. The application allows you to design high-quality haptic feedback, including textures, vibrations and stiffness. Soon it will even be possible to design thermal conductivity! With the Haptic Composer, VR Unity developers can create all of this and more directly in VR Builder.

The strength of the interaction module was developed specifically for hand tracking and enables precise and realistic interactions. It is based on the composition of low-level interactions that generate complex behaviors. Basic interaction building blocks of Interhaptics Interaction Builder include sliding objects, rotating around pivot or pinching an object.

MindPort believes that the power of immersion has a positive impact on humanity and the environment. Therefore, the company aims to democratize immersion by making VR content creation accessible to everyone. To deliver on this promise, MindPort has chosen to make its software open source and design its products so that they can be used by anyone, regardless of their current skills. With VR Builder, the free and open source VR Unity plugin, MindPort is shaping the future of virtual reality content creation on Unity. Due to its low-code functionality and the ability to fully customize the software, VR Builder is appreciated by technical developers, creative designers and business professionals alike.